Media Wars – The Battle to Shape our Minds 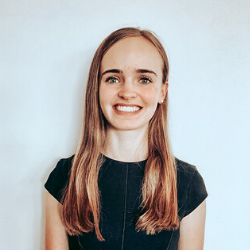 According to the founder of Fox News, “Truth is whatever people will believe.”

Just because something is widely accepted by society and even condoned by professionals or the government itself, does not guarantee it is objectively true or right. In our modern information age, it is more important than ever before not to blindly accept what we are told but to examine multiple sources and arguments. Walter Donway and Vinay Kolhatkar’s new book, Media Wars: The Battle to Shape Our Minds (February 2020), provides alternative perspectives to prevalent cultural issues challenging the reader to question mainstream narratives. 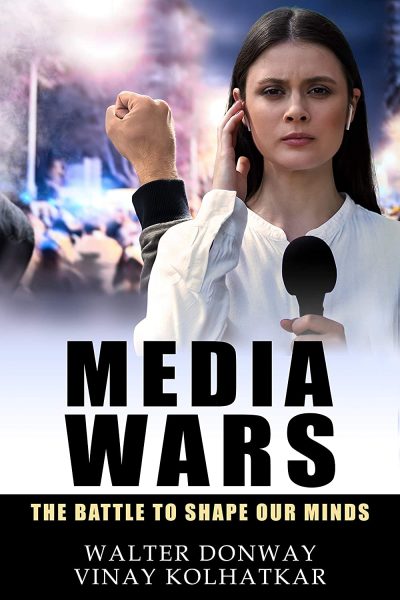 Through a compilation of essays spanning a range of topics from science and art to journalism and politics, Media Wars illustrates the widespread replacement of traditional Western values with the philosophical discourse of postmodernism. While many Australians believe postmodernism is just about accepting different opinions and challenging conventional boundaries, the authors reveal the philosophy’s dark side with roots in National Socialism (Nazism) and communism.

This approach explains the rise of identity politics focused on the Marxist idea of “exploiters and victims.” The authors use the “Black Lives Matter” movement as an example where perceived “class conflict” between African-American citizens and the police ignores the importance of homicidal onslaughts within the black community and vilifies the men and women of law enforcement. The feminist movement is a more pertinent Australian example. What originated as a fight for equal opportunity between men and women has morphed into a shaming of masculinity. In both cases, rather than celebrate individual and cultural differences, it uses them to create conflict and hate between self-constraining groups.

Donway and Kolhatkar demonstrate how this collectivist thinking limits the creativity and choice of the individual. While postmodernism seemingly encourages egalitarianism, a forced equality of outcomes undermines the meritocracy of talent and hard work. In America, this is seen in affirmative-action university admissions where individuals are often selected by superficial measures like skin colour, sexual orientation, and ethnicity. Australians can see parallels such as quotas for women in management roles and in male-dominated industries like mining. In any case, when society fails to discriminate based on merit and merit alone, it makes the successful and hard-working individuals of any race, gender, or creed, victims of a new sort of racism.

Media Wars dives deeper into this issue to illustrate the slow rewriting of history to focus on conflict between identity groups rather than human progress and objective truth. The movie, “The Imitation Game” is used as one example. The film is not solely driven by Alan Turing’s success in cracking the Enigma Code but instead, uses a poetic license to create false narratives around his homosexuality to turn a heroic story into an oppression tale and in doing so minimises his accomplishment and distorts his life story. Likewise, Donway and Kolhatkar demonstrate that the vilification of Columbus Day is undertaken to get people to focus on the conflict between the colonisers and natives rather than Columbus’s world-changing achievement. Australia Day is experiencing a similar attack as there is a push to view Captain Cook’s settlement as the displacement of the Aboriginal people rather than the founding of a new nation, Australia, based on the Enlightenment ideals of free speech, secular British common law traditions, and limited government.

At this point in the book, the reader begins to wonder how this harmful ideology became popular in the first place and where these ideas are coming from. The authors reveal the role academia (especially in the humanities), has played in providing ammunition for mainstream media. In economics, Keynesianism dominates, and students are discouraged from exploring alternative arguments as capitalism’s name is blackened. The arts department is straying from historical standards of quality, accepting new, unrestricted forms like free-verse poetry, meaningless visual art, and enforcing politically correct readings on literary works. While many see this as an “advancement,” Donway and Kolhatkar suggest that the arts – including poetry, literature, visual art, and music, demand a disciplined framework appropriate to their genre to flourish.

Media Wars argues that even the natural sciences are being undercut with willfully wrong interpretations of abstract theories like Heisenberg’s uncertainty principle, Gödel’s incompleteness theorem, and chaos theory, leading to an undermining of the role of reason in science, and of humankind’s confidence in grasping the patterns inherent in nature.

Anti-establishment research topics like the huge role played by the US Federal Reserve in creating the 2008 financial crisis or the illegitimacy of human-caused climate change are near impossible to fund from the public purse, and the maverick academics who try are often attacked mercilessly. Civil debate in general is dying as language is being used as an instrument of power rather than a medium for discussion. This is evident in journalism with the “fact checking” of sources actually leading to the removal of politically incorrect ideas on social media sites and the removal of politically incorrect editors from their employment by mainstream media outlets.

Donway and Kolhatkar go on to reveal the inherent evil behind postmodernist thinking. Media Wars uses the climate change panic, regulations on resources and mining, and the transformation of Greenpeace as examples of pseudo-environmentalism, suggesting such thinking is anti-human and threatens the incessant progress that began with the Industrial Revolution. They also look at the tendency of postmodernism to encourage sensationalism by challenging the efficacy of reason to unpack reality. This too is anti-human as it causes confusion over what is real and true such as the confusion more and more adolescents experience over their gender. Practices like sex reassignment surgery only seem to make the problem worse; the authors suggest a return to more traditional practices like psychological coaching may be more effective, citing several experts.

Though not every essay in the book may appeal to an individual reader and certain sections could have been expanded or reduced in length, Media Wars offers insights for everyone by spanning a wide range of topics and ideas. It also carries transcripts of several interviews with experts in the field under investigation – a scientist, an economist, a scholar of art, and medical professionals, to name a few. The book provides an alternative perspective to mainstream media, connecting the chaos witnessed in modern society to the root postmodernist philosophy behind such issues. In doing so, Walter Donway and Vinay Kolhatkar illustrate the danger in placing subjective feelings, identity politics, and political correctness above reason, human progress, and freedom. “Truth is an absolute defence” and will prevail if given the chance. This book empowers the individual to question the world around them, dig deeper into the arguments outlined, and in pursuing the truth melt away the commonly accepted and widespread lies.

Media Wars: The Battle to Shape Our Minds is available on Amazon as a paperback as well as a Kindle edition.