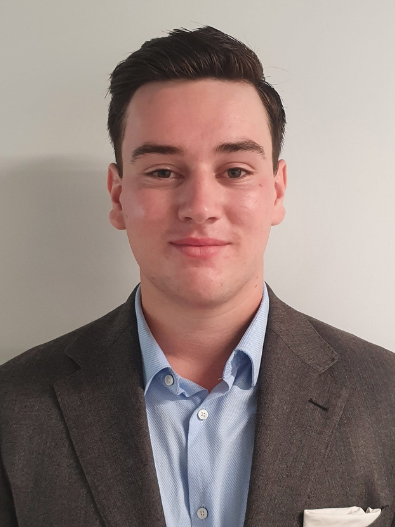 It’s 11:30pm. The person next to me on the flight is coughing. Sniffling ripples from the walls of the aircraft. Anxiety finds me. I just hope I don’t catch anything. My flight is restless, sleep escapes me. I touch down in Warsaw. I am in Europe.

The reason for my journey, the 2022 Atlas Network Europe Liberty Forum, a two-day conference of free market and liberal think tanks, presenting on all things freedom held on the 12th and 13th of May. Leading and tailing the forum, Leader Lab, and Marcom 360; workshops dealing with leadership and marketing and communication respectively. After checking into the hotel, I explore the city. Beautiful classical buildings adorn the streets, all reconstructed in the 1950s. After the complete obliteration of the city by German forces in WWII, then a brutal occupation by the Soviet Union, the people of Poland have long thirsted for freedom and the right to self-determination and sovereignty as a nation. Warsaw thus made an appropriate setting for the Liberty Forum.

The first day of Leader Lab, I was surrounded by talent. Executive directors, associates, and presidents of Europe’s foremost liberal thinktanks eclipsed my own few accomplishments. To be in a room full of such burning passion for freedom advocacy elated my own ambitions 10-fold. Hearing first-hand the struggle of liberty and to see the diverse backgrounds and opinions in the liberty movement made me yearn for such enthusiasm in my homeland. Alas, all good things must come to an end. Leader Lab taught me how to create specific goals that can be quantified. In other words, how to turn vision into reality. The second day of Leader Lab, focused on my own strengths and weaknesses and how to best utilise them to strengthen a team.

The first seminar I visit; Free trade in Europe and beyond. And what a seminar. Free trade as a tool for change in autocratic regimes. Conflicting opinions were given. One speaker, Victoria Hewson, when asked elaborated that free trade with nations that have human rights abuse and engage in hostile behaviour is still beneficial. Why let your citizens suffer because another nation is doing something against the popular behaviour. She further elaborated that the capacity for free trade to change the course of autocratic nations is dubious, citing China’s failure to liberalise.

After a brief break, the next panel discussion on the future of the new generation of thinktank leaders intrigued me greatly. The panel outlined several important issues facing the future free market leaders. They discussed the extent of comprise between how much they need to focus between creating positive change for the future and the current generation, and elaborating that leader need to identify their successor immediately. However, what stuck with me most was how much they stressed that financial and economic literacy is the most powerful tool to liberate the future generations. Once they have stable income and know the benefits of saving, they oppose government social welfare programs and regulation as counterproductive to society.

Lunch, a grand affair in the main ballroom, entertained us with Thinktank Shark tank. Three incredible pitches from three great organisations competing for a $10,000 prize. One to campaign for voluntary compensated plasma donations, one for labour reform for free lancers and one for reducing alcohol taxation in Turkey. After a short adjournment, it was announced that the prize would be given to the Freedom Research Association in Turkey for their incredible work.

Following lunch, the last seminar for the conference was held on the topic of inflation. Speaking on this, the panellists discussed the inflation theory from the monetarist perspective specifically adopting the Milton Friedman opinion that “inflation is always and everywhere a monetary phenomenon” (in my view fact) of inflation being the increase of monetary supply greater than that of productivity. The panellists further discussed the damaging impact of inflation, through price distortions, destruction of savings and reduction in purchasing power. This talk was my favourite, bringing together both observable and theoretical components to explain the current crisis. Once the discussion concluded the Atlas Europe Liberty Forum had officially finished.

The remaining two days in Warsaw were spent at Marcom360, where I learnt various techniques to implement marking strategies for projects. The workshop taught me how to refine an idea, turn it into a strategy and how to communicate the idea with a wider audience. This brief time spent in Poland is something I will cherish for the rest of my life. I had the opportunity to meet so many incredible people and spend time learning from some of the liberty movements best and brightest individuals. Hearing first hand the struggle for liberty in so many noble causes has only endeavored myself to fight harder for freedom at home and abroad.