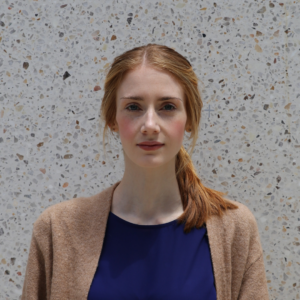 It would be very easy, having heard 17 intense, intelligent speeches, to conclude that picking a favourite is impossible.  I am very tempted to conclude thus.  Each person contributed something unique.  Mark Latham: was unapologetically controversial. Tony Abbott: allowed comedy to mingle with politics.  Rosalind Croucher: provided a description of her role on the Human Rights Committee that was dignified and measured.  Gerard Henderson: called for accountability in a court case best described as a “trial by media” (Cardinal George Pell’s ordeal).  Anne Twomey: presented a critical and balanced dissection of constitutional law and section 44.  However, my favourite of the sessions included Warren Mundine and Salvatore Babones.

On the surface the two men are very different characters, the former more diplomatic in tone and presence.  The latter, wholly unafraid to stand up and make a tongue-in-cheek “Welcome to Country”, honouring Australia and her monarchs “past, present and emerging.”  But both were unafraid to challenge orthodoxy.  Mundine, though, deserves special mention.  He is a proud Indigenous man, and thus to hear him champion meritocracy, the mining industry and education was a breath of fresh air.  Furthermore, he introduced the room to the word Yaabubiin, an Aboriginal Australian word for economy.  For Mundine commerce, and participation in the economic system is akin to a truck: cultureless.  Give a truck to anyone and they will use it for their own purposes whether they be white, black, Japanese or Chinese.  He rejects the idea that business is a “white man’s game”.

Empowerment comes when Aboriginal people embrace education and entrepreneurship, and when a culture of helplessness and handouts is rejected.  Particularly noteworthy was his passion for learning, which involved cautioning against the glorification of Aboriginal athletes.  Visibility, he said, was important so that Aboriginal children have role models and can see the purpose of attending school.  But giving them the chance to see Indigenous Australians as engineers, doctors and lawyers, is what has the greatest impact.  These are professionals, fulfilling social services.  Mundine wants Aboriginal people to see themselves in the community, integrated, educated and essential, not just as the very rare sport’s star.  True empowerment comes through normalising the presence of Indigenous peoples in everyday working communities.  There was also a constant theme of personal responsibility, a call for action over flowery gestures of unity, and a positivity about the future of Aboriginal people.

Mundine was a wonderful speaker, a pleasure to witness.  Passionate as I am about education, it’s great to hear its power championed by this man.  A man who calls school a “golden key”.  In the aftermath of the 2022 Samuel Griffith Society Conference I find myself exhilarated, exhausted, educated to the extreme, but inspired.  I am inspired to continue taking up opportunities to hear from wise people, particularly opportunities which involve controversial opinions.  I agreed with much of what Mundine said, but other speakers less so.  There was a beauty to that, I pushed the limits of my tolerance, reignited my own fire for debate, and my confidence to be amongst people several years older and considerably wiser.  Oh, and I tried quail for the first time: it was incredible!