At Any Rate, Things Are About to Get Interesting 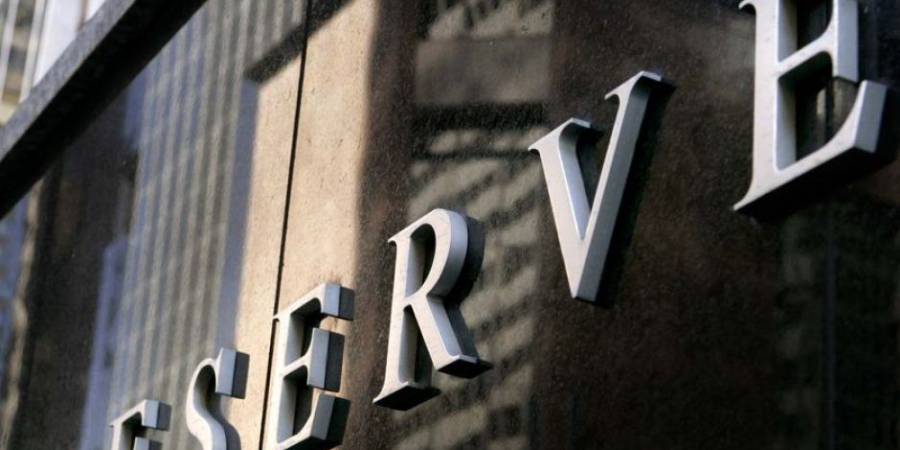 Over the past two years, Australia’s Reserve Bank (RBA) repeatedly suggested that the next movements in interest rates would be upwards, as the central bank initiates a move back to a “normalised” rate of interest.

But on Tuesday, the RBA cut interest rates for the second successive month, and many analysts are predicting that Australian rates may fall as low as 0.75 percent by the end of the year.

Since the global financial crisis (GFC), interest rates in Australia (and worldwide) have been low by historical standards. Under normal circumstances, sustained growth in the Australian economy over the past decade should have driven the central bank to shift interest rates upwards. Despite relatively low unemployment rates resulting in tight labour markets, inflationary pressures have remained relatively subdued, and the RBA has displayed a distinct lack of appetite to act on increasing rates. 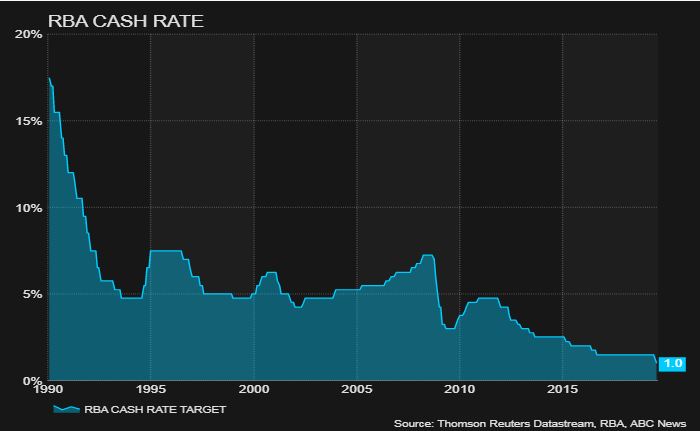 Australia has followed the broader global narrative over the past decade; our economy has been meandering upwards, yet remains relatively “soft” – sentiments have been tepid, and a decade of cheap credit has not translated into rises in real wages or living standards via productivity increases.

The move by the RBA to cut the cash rate at the start of June to 1.25 percent was important, not only because it represented the first change since August 2016, but, more significantly, it signified a movement down, rather than up. After almost three years of asserting the Australian economy was on an upwards trajectory, and there would be subsequent grounds to increase rates, the RBA has conceded that the short-to-medium term outlook may not be so rosy.

The RBA may now be faced with the same dilemma which plagued the central banks of the United States, Europe, the United KingdomK and Japan following the GFC. In each of these countries, central banks possessed extremely short traditional monetary policy levers (central bank rates, like the RBA’s cash rate, were already very low).  As a result, expansionary monetary policy would have little ability to stimulate economic activity.

Feeling compelled to give their respective economies a desperate shot in the arm as the late-cycle global economy began to slow in 2007-08, and during the corresponding downturn which has followed, the Federal Reserve, the European Central Bank, the Bank of England and the Bank of Japan implemented unconventional monetary policy (UMP) programs. Quantitative easing (QE) is one such method of UMP. It occurs when a central bank purchases government securities or other securities from the market in an effort to increase the money supply and encourage lending and investment. 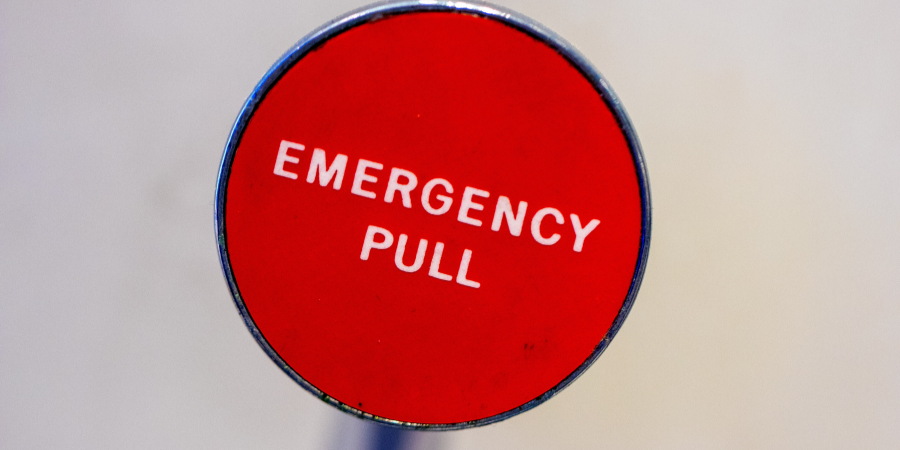 Although RBA Governor Phillip Lowe described the prospect QE in Australia as “unlikely”, it remains entirely probable if and when the global economy falls into recession whilst domestic interest rates persist close to their zero lower bound.

But the actual effectiveness of QE programs globally is still widely disputed. The process is widely referred to as “printing money”, even though it is done by electronically crediting bank accounts and it does not involve printing. The primary goal of QE is to create inflation (or avoid deflation) and stimulate economic growth through a lowering of the long-term interest rate. Whilst long-term interest rates fell, inflation and growth in the decade since the GFC have been underwhelming at best.

Within the US context, many economists and policymakers posit that things would have been far worse had there been no stimulus from the Fed. Esteemed economist and creator of the Taylor Rule (a principle familiar to many undergraduate economics students) John Taylor, argues QE created great uncertainty about the impact of monetary policy decisions on inflation, the dollar and the overall economy. As traders speculate on whether or not central banks will intervene in the money and financial capital markets, price signals in stock markets are distorted and stocks are driven by factors other than traditional financial indicators.

Similarly, prominent Austrian economists such as Friedrich von Hayek would welcome QE insofar as it prevented the collapse of the money supply and deflation, but firmly oppose QE as a means of stimulating economic growth. Increasing the monetary supply to stimulate growth ignores the real dislocations of assets and investments caused during a boom period. Austrian economics focuses on markets as transmitters of information. Markets must be unhindered in their ability to allow price signals to inform businesses and consumers about the scarcity of resources, business opportunities and the preferences of savers and investors. Central bank intervention in capital markets distorts these signals, thereby perpetuating inaccurate information regarding the real price of money. 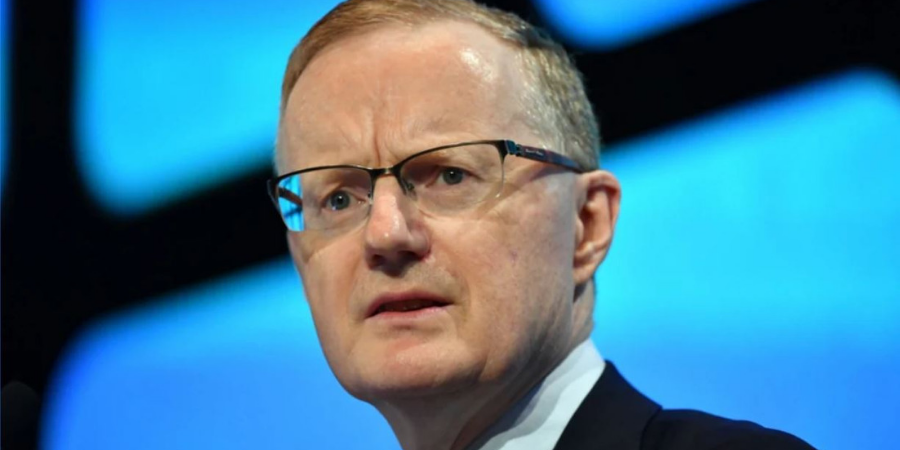 So, what would QE look like in Australia? The RBA will likely engage in QE by printing Australian dollars and buying foreign currency denominated bonds. The immediate effect of this would be a depreciation in the Australian dollar, which would usually be great for Australia’s resource-dependent economy. But if Australia had to implement QE, it is entirely likely similar policy actions would also be taken across the globe. The problem with simultaneous, widespread QE, was stated by Phillip Lowe himself, speaking at the Australian National University Crawford Leadership Forum in June;

Before any QE occurs, Lowe argues, the government must employ the fiscal levers available to it and increase public infrastructure expenditure. Inattentive infrastructure investment however, similar to that following the GFC is an extremely dangerous game to play. Many economists believe the global economy is fast approaching its next downturn and domestic savings of Australians are at all-time lows. Household debt is among the highest of all OECD nations and the housing market has been suffering underneath significant downward pressure.

Consumer confidence may yet be restored in Australia following the recent election. Proposed changes around negative gearing and franking credits, which would have had negative implications for sentiments, will not go ahead, and income tax cuts may galvanise household spending.

Rather than cavalier public outlays which seldom spur real economic growth, it is imperative that the government commit to a return to budget surplus. The fiscal conservatism of the Howard government, which resulted in historically low government debt-to-GDP ratios, was a key driver of Australia’s ability to the weather the last global crisis.

Moreover, once the next global downturn hits, the RBA should avoid kneejerk QE measures whose effects are at best unproven and at worst intergenerationally destructive. A further danger of pursuing QE is that it may provide a platform for other, more destructive types of UMP such as those propagated under the recently popularised modern monetary theory.

Interventionist fiscal and monetary policy are not the answer to addressing the structural issues present within economies. Recovery from recession can only be achieved via increases in real economic growth, of which the effective treatment is well known but infrequently practised – low taxes, free trade, limited regulation, and sound money. These are the foundations of the economic and social prosperity we in Australia, and other nations across the world enjoy today, and must continue to advocate for into the future.