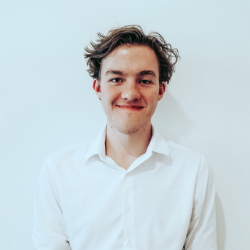 For the past month and a half, I have had the pleasure and privilege of living and working in Wellington, New Zealand, on a Mannkal scholarship. Although with a summer much colder, wetter, and windier than that of my hometown of Perth, Australia, its Melbourne-like aesthetic and culture gives it a familiar charm. In December 2022, the CBD saw the bustle of Christmas carols, Irish jigs, and the parade of Victoria University’s graduates, proceeded by bagpipes and followed by the Ghostbusters theme song. Being in an office so close to the Beehive (New Zealand Parliament), one can also hear the protests happening outside there (one of which got so intense that, in March 2022, the Parliament playground’s $242,000 slide was set on fire).

As an intern at the New Zealand Taxpayers’ Union (NZTU), I have been given many different research projects to take on. The office is often lively with discussion about culture, ethics, language, philosophy, and politics. I have been enjoying learning a few new words in te reo Māori, the indigenous language of New Zealand. Civil servants often use words like kia ora (hello) and ngā mihi (acknowledgements) in their emails; churches, too, incorporate te reo in their services. I have also been enjoying learning about New Zealand politics and current affairs (like the Three Waters Reform) and listening to NZTU’s podcast, Taxpayer Talk.

In my time here thus far, I have had the opportunity to visit many beautiful churches, including Wellington Cathedral of St Paul, St Mary of the Angels, and St Peter’s on Willis. I have also had the chance to tour the Beehive and a few cultural institutions, like the New Zealand Academy of Fine Arts, the Wellington Museum, and Te Papa (the national museum). On my way to Te Papa, I stumbled across a saxophone-playing Tree on the popular Cuba Street. Earlier, I had also heard tales of New Zealand’s official wizard, but I have yet to encounter him on my travels.

My favourite social activities have included the time spent with friends and colleagues over morning teas, coffees, and lunches; seeing the Beauty and the Beast pantomime at St James Theatre; and attending the Christmas Eve and Day services at Wellington Cathedral. Over the summer break, I also had the opportunity to travel to Christchurch for 12 days. Among other places, I was able to visit the Air Force Museum, the Transitional Cathedral, the Riverside Market, and Christchurch Art Gallery (where I saw beautiful artworks by C. F. Goldie, a New Zealand artist).

In the quiet hours of my days, I have had the chance to pick up reading again. I started with Meditations by Marcus Aurelius (AD 121–180), a Roman emperor and Stoic philosopher. In the book, Marcus reflects on the importance of living in kindness, self-control, and truth; of concentrating on what we can control (neither the past nor the future, but the present, and not others, but ourselves); and of perception, or the power of choosing not to be harmed. I think it is important that we often be reminded of these things as they are easily forgotten, especially in politics, or when we feel bitter about the past and despondent about the future. Marcus shows that the best way forward is virtue. 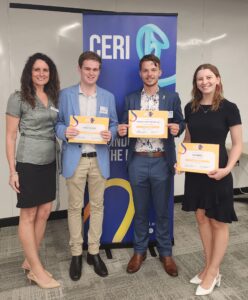