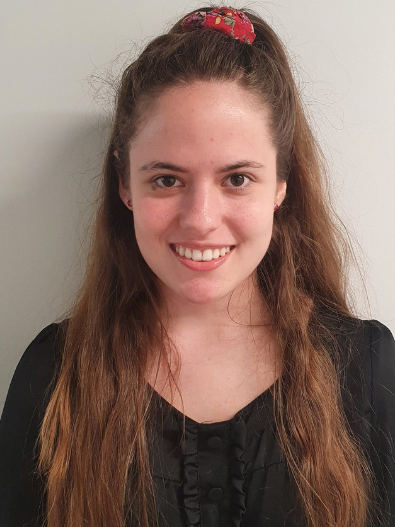 This article was originally published in UWA’s Pelican magazine.

Underpinning these movements is the fundamental principle of liberty. Champions of liberty strive for individual freedoms or rights, categorised as negative rights. The freedom to do and say as you please. To earn, own, and spend the fruits of your labour however you choose. To trade and associate with whomever you please, so long as you do not transgress the freedom of others to do the same. When government imposes authority over individuals through legislation, they are directly taking away personal freedoms. Through the lens of liberal principle, such government power should thus be limited.

From as early as 500 BC, Chinese philosopher Lao Tsu explored these ideas through allegories and parables, writing ‘I would rather roam and idle about in a muddy ditch, at my own amusement, than to be put under the restraints the ruler would impose’. Over time, these simple ideas have manifested into more sophisticated economic arguments through the works of economists and writers such as Fredrick Hayek, Ludwig von Mises, and Henry Hazlitt, who argue that the limitation of personal freedom is not only morally unjust, but also reduces economic prosperity.

The position of these economists is difficult to summarise concisely, but their central view is that government restriction of our freedoms, through taxation and regulation, reduces societal prosperity and wellbeing by distorting resource allocation. Government investment crowds out private investment, increasing borrowing costs and eliminating competition. The absence of the price mechanism and profit motive resulting in inefficiency and lack of innovation. An example of government interference creating perverse outcomes is the subsidy of the fishing industry by the Chinese government, which now accounts for half of the world’s fishing activity.

The value that individuals place on civil liberties and freedoms is evident. We deplored the slavery of black Americans; we champion the right to say what we want, shown through our disdain at China’s anti free speech laws and punishment of democracy activists; we decry the lack of freedom experienced by women in countries such as Iran, and celebrate when the chains of oppression are lifted. There is broad support for freedom of marriage and self-determination for members of the LGBTQ+ community, and there is a growing movement for cannabis legalisation.

However, the same level of support is not given to economic freedoms, especially amongst the young. A survey of Americans aged 16 or older conducted by global public opinion company YouGov in 2019 found only 50% of millennials had a favourable view of capitalism, with similar results for Generation-Z. About 1 in 5 Millennials believe that society would be better if private property were abolished, and 54% of the Americans believe taxes should be increased on higher earners. These statistics are not surprising given the popularity of movements such as Occupy Wall Street, and more recently, Black Lives Matter and Extinction Rebellion, which advocate for government intervention through taxation, public investment, and regulation in order to fix genuine social issues such as poverty, socio-economic disadvantage, and climate change.

This disparity between the support for individual freedoms and economic freedoms interests me, particularly as someone who sees these two types of freedom as congruous. As a member of Generation Z, I wanted to investigate why most of us are not open to this way of thinking, and do not see the merit behind libertarian economic arguments.

French economist Frederic Bastiat’s parable of the broken window provides an interesting insight. When a child accidentally smashes a shopkeeper’s window, the glazier benefits because the shopkeeper pays him money to repair it. Does this mean that breaking windows is good for the economy, as it causes money to circulate? Bastiat concludes this thinking is misguided because of the unseen consequences. The shopkeeper could have spent the money on something to his quality of life, like a new book or shoes.

It is easier to visualise the seen consequences of government intervention.

If, for example, taxes were raised on high income earners, we could fund free or cheaper healthcare, education, and housing, provide more welfare, and fund renewable energy. If we raised the minimum wage, mandated certain work conditions and entitlements, legislated rent controls and restricted the use of fossil fuels, similar outcomes ensue.

What remains unseen, however, are the jobs and wages lost as businesses try to remain profitable whilst paying these higher taxes and complying with these regulations. The individuals disincentivised from entering the market and supplying goods such as housing place upward pressure on living costs. The loss of competition and innovation in education, health and energy as governments crowd out private investors and charities results in lower quality and higher cost services in the long run.

Speaking of the unseen, young people alive today, at least in western societies, have not experienced the consequences of widespread socialism. Extreme poverty and mass starvation killed millions during the Soviet era in Russia, the Mao era in China, and to a lesser extent, Venezuela today. These consequences of socialist policies, whilst extreme, demonstrate the consequences of nationalised assets and curtailed civil liberties on society. Additionally, people alive today have never lived without government, which makes it understandable why we assume the government solution is the correct one. After all, how could you imagine a healthcare system without government intervention if you had never seen it. This fear of the unknown could perhaps also be explained by a lower appetite for risk. According to the You-gov survey, whilst 80% of Americans say they trust themselves (over government) to take care of their own interests, younger generations are about 25% less likely to say this. As a result, people are more willing to devolve their personal responsibilities to the government, which comes at a trade-off with personal freedom.

Misconceptions about what capitalism really is also adds fuel to the fire; many of the problems of capitalism raised by supporters of socialism rather a product of crony capitalism than that of the laissez-faire variety. For this we can thank subsidies to fossil fuel companies, which discourage investment into renewables, the banning of nuclear power as a clean energy source, lobbying and bribes by corporations to government for certain regulations, which allows retention of market power by keeping competition out, and subsidised university loans which allow institutions to keep hiking prices without seeing a fall in demand. All these things contribute to the social and economic problems previously outlined.

Like with anything, communication is key to uncover hidden information and better understand misconstrued arguments. The irony of anti-government sentiment taught within government run educational institutions isn’t lost on me, so, in classic liberal fashion, we must take what we hear, and learn from it ourselves. In the words of Franklin D Roosevelt: ‘Freedom cannot be bestowed – it must be achieved’.