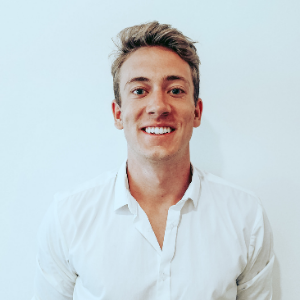 The intent underpinning Western Australia’s recently passed Work Health and Safety Bill is well placed. Yet goodwill does not necessarily translate to good policy. Judging by the official statements, legislators expect the Bill to create safer workplaces. This is an outcome worth striving for. No family should have to experience a loved one never returning from work.

Researchers from Sweden’s Lund University cite a large body of evidence that potential criminal action reduces the willingness of individuals to voluntarily report errors and violations to independent investigators. The study also found people, including those who believe they are innocent, are less likely to participate in independent investigations if they are aware of potential prosecution. In South Australia, a 2018 coroner’s report stated inquests into workplace deaths would be inhibited by criminal proceedings.

If the evidence suggests businesses will spend less time making workplaces safer and more time protecting themselves, why are those who are genuinely concerned with worker safety so supportive of industrial manslaughter laws?

Is there an ulterior motive? The words of Construction Forestry Maritime Mining and Energy Union (CFMEU) state secretary Mick Buchan suggest so. Mr Buchan recently urged the upper house to pass the Bill to demand greater accountability of employers. While this is underscored by good intent, it is not the same motivation Premier Mark McGowan, who cited improved worker health and safety, used to justify the laws.

What does greater accountability mean? The potential for business owners who have not been reckless or irresponsible in their actions to find themselves in prison is an ‘accountability’ outcome cited by Chamber of Commerce and Industry of WA chief executive Chris Rodwell. Mr Rodwell highlighted that businesses can now face criminal penalties without requiring a criminal standard of conduct or prosecution, or Director of Public Prosecution oversight. This ‘increased accountability’ is in the eyes of many unrealistic accountability.

Workplace safety and training provider IFAP appear to share this view. Citing the industrial manslaughter laws, the independent not-for-profit will close its Fremantle training centre to focus on consulting. Before even being enacted, the industrial manslaughter laws are having the negative effect predicted by existing evidence. The losers of this first development? WA’s offshore maritime, oil, and gas workers who now have less access to safety training.

Advocates for industrial manslaughter have succeeded. They have had the Bill passed and in 2021 it will become law. No doubt the Bill’s high-profile campaigners will be satisfied. However, their satisfaction comes at a cost. Ironically, it will be the worker who bears this cost. So much for acting in their best interests.

This article was originally published on Businessnews.com.au.