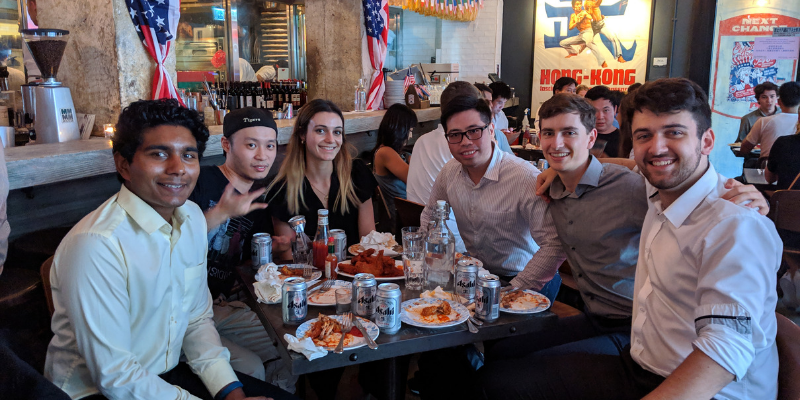 The Pearl of the Orient (week 1)

People, humidity and noodles are perhaps the most quintessential words to describe Hong Kong, a city on the move.  The bright golden lights of its Skyline illuminate the aircraft as we descend into this megacity, a testament to free trade and low taxes. An atmosphere of busyness transcends this city; everyone has a place to be, as they jostle from one building to another; time means money. A diverse presence of banks and various financial institutions stand confidently across the city, their offices well lit, even at odd hours in the morning. Hong Kong is a city that never sleeps.

We were here for the Asia Institute for Political Economy’s three-week summer school – a crash course in classical liberalism. Prior to starting the course, we were fortunate enough to spend a week interning at the Lion Rock Institute (LRI), Hong Kong’s premier (and only!) think tank dedicated to free market economics.

Our first day at LRI primarily focused on a general ‘run down’ of the events and requirements for completion during the week. We were presented with the task of completing a documentary on why the Hong Kong government should not go ahead with its proposed ban on e-cigarettes. As non-smokers, we were relatively in favour of not banning the device and working on this documentary only solidified our anti-ban support.

Bar chairs were evenly positioned at the collaboration zone of the institute, as we enthusiastically sat down to work on our project. One after another, ideas were thrown across the room; fleshed out; eventually culminating into specific, clear arguments.

These included the need to realise that e-cigarettes are, generally, a gateway drug for people who want to quit smoking. It is scientifically proven to be a vastly healthier alternative and the government should avoid interfering with the freedoms of people and their right to choose.

In the days that followed, ss we continued our time at LRI, we made visits to the iconic Hong Kong Monetary Authority (HKMA) and Exchange Centre (HKEX).  As the region’s de facto central bank, the HKMA has stood as a bastion for currency stability with a core focus on ensuring that the Hong Kong Dollar maintains a consistent exchange rate to that of the U.S. Dollar in the foreign exchange market.

Our tour guide provided us with an in-depth analysis of the history of Hong Kong bank notes, and how the city’s HSBC, Standard Chartered and Bank of China have different versions of the $10, $20, $100, etc. bank notes. Our curiosity led us to ask her about the future of the HKMA after 2047, when Hong Kong officially becomes a part of China. She tried to respond but soon declined to comment, demonstrating the concern people feel about this eventual transition.

Red, green, percentages, up, down, tickers upon tickers, that’s when you know you’ve reached the HKEX. Stock prices fluctuate minute by minute as traders buy and hold, finance is their currency, their lifeline. A rich atmosphere of financial history encapsulates the centre as we learnt about clearing securities and derivatives in areas of fixed income and commodities, as well as the HKEX’s mission to be a pioneer of financial market operations.

Aside from these educational visits, we attended a screening event with American Film maker Robert Peters. His short film entitled, Tank Man, provided a detailed account of the true story of an unidentified Chinese man as he stops a procession of moving tanks during the events of 1989 Tiananmen Square massacre. Since the identity of this man remains unknown, Peters vividly described his version of what led this individual to committing one of the bravest actions the 20st century has ever known. His courage, conviction and pursuit of democracy emboldened me to recognise the real value of the institutions we hold so dearly and often take for granted back home in Australia.

We concluded out time at LRI with a delicious display of local cuisine at a restaurant in Central, Hong Kong.  Our first week expanded our sense of adventure and experiences across this westernised yet cultural city. 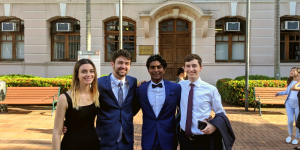 It has been a bittersweet ending to the 3-week program at Hong Kong University. Whilst we were ecstatic to continue 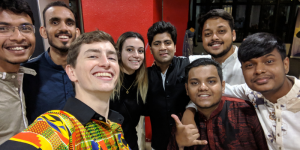 We’re 3 weeks down with only one left here in Hong Kong. This trip has brought each of us a 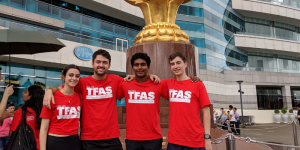 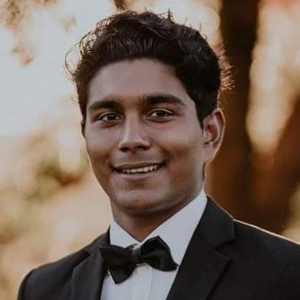 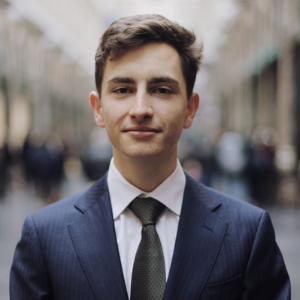