In early June, 2019, I was one of two Mannkal Economic Education Foundation students selected to attend the Liberty International World Conference in Ulaanbaatar, Mongolia. The three-and-a-half day long conference saw a number of speakers from different libertarian think tanks and organisations, as well from business backgrounds and universities, come together to deliver a number of interesting presentations surrounding the theme of entrepreneurship and innovation. The conference also gave attendees the opportunity to experience some of Mongolian culture and see parts of the stunning landscape, and was truly an unforgettable experience.

Two of the many topics which were of particular interest to me were Ken Schoolland’s “How Nations Embrace Entrepreneurship”, and Jeffrey Singer’s presentation with regard to “Libertarianism and Harm Reduction”.

Schoolland’s discussion was central to the most foundational ideas of libertarianism, surrounding the benefits of the free market, trade, and competition. He discussed this in particular with regard to the government and its inefficiencies, using a number of examples through which he illustrated the ways in which the private sector, all things remaining equal, is able to produce better outcomes for society.

However, Schoolland argued that privatised transport would be overall more efficient and cost effective than public transport as provided by the government, purely due to the basic concept of free markets and competition. One example that Schoolland provided was that of the railways system in Hawaii, outlining that it had previously operated under a firm before being closed by the government (due to infrastructure); when he contrasted this with the nine billion dollar plan for a railway system to cover twenty miles, this drove home to me his point of the benefits of allowing free enterprise.

Additionally, Singer’s discussion surrounding harm reduction was one that I feel I learned a lot from. His point of view, from a medical background, is that the government should provide ways through which people can administer drugs, if they so choose, but in a safe, monitored environment. This was based on the idea that, as Singer detailed, if the goal of policing is to prevent people from harm, simply punishing people for drug use is inefficient. As a result, he held that in allowing for harm reduction processes that make it safer to take drugs would achieve the aim of keeping the overall public safe. I both agreed and disagreed with different philosophies in Singer’s presentation. While I believe that many drugs should be legalised, I am undecided with regard to the idea of testing facilities and overall harm reduction.

While I understand that harm reduction is (of course) beneficial, I feel that in allowing for it, the government would be making exceptions to its own laws. While I would vote for harm reduction if given the opportunity, I feel that if a substance is illegal, there should not be the opportunity granted by the state to partake in such activities. This, I feel, could undermine the state as a whole and potentially lead to grey areas where grey areas should not exist. Although, by being libertarian, the idea of the state undermining itself is idealistic, I do have trouble entirely justifying the shift from “illegal” to “illegal, but allowed here.”

The conference overall provided insight to a number of topics I had never previously considered. I felt incredibly privileged to be granted the opportunity by Mannkal to develop more insight regarding libertarian and free market philosophies. Thank you, Mannkal! 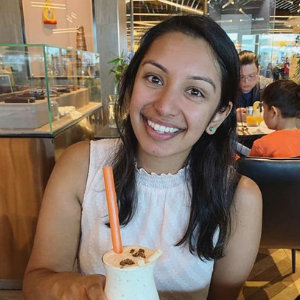 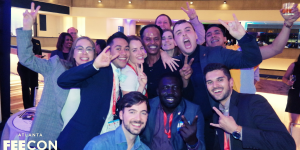 The Spirit of Entrepreneurship