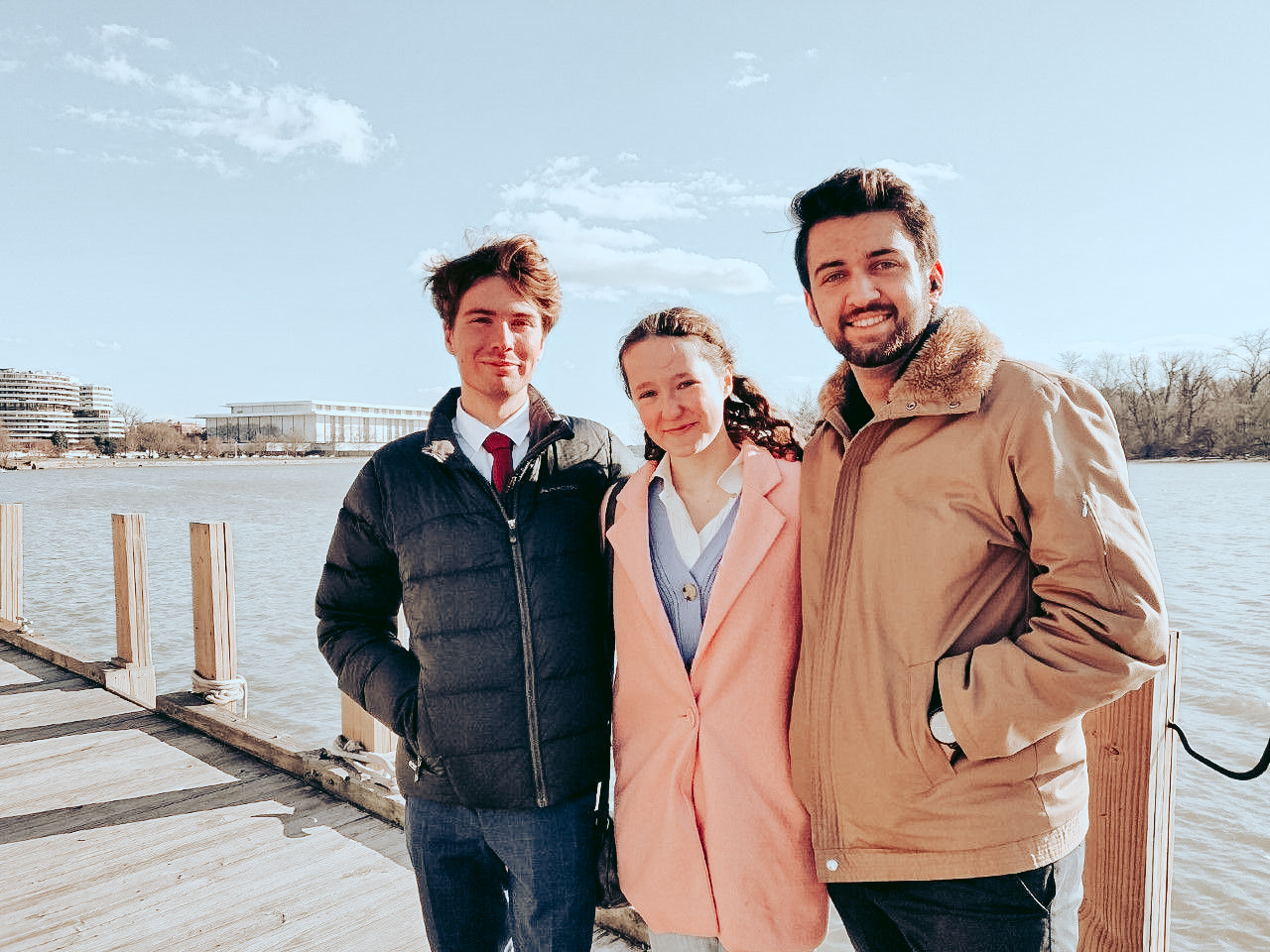 Last week on the Friday, we shifted accommodation from Arlington, Virginia to Noma, D.C. Our group was pleased with the industrial-chic styling of our apartment, gym facilities and a wonderful, free hot chocolate machine in the lobby. Over the weekend, we explored the D.C area in earnest. Annie and Kade made the connection of Washington D.C to Paris, with its wide boulevards, grand monuments and Greek-inspired architecture.

On Monday and Tuesday, our libertarian band travelled to the Cato Institute for several keynote speeches from senior staffers. We were first introduced to Neil, Student Programs Coordinator, who kept us fed and organised with some thick paninis and cookies.

On Monday, we heard from Jason Kuznicki, editor of Cato Books and Cato Unbound. He gave us a speech on natural rights theory, explaining the ideological underpinnings of classical liberalism. That afternoon, we heard from Dr Tom Palmer, Senior fellow and VP at Atlas Network’s International program. Dr Palmer spoke on rational choice and Public Policy Analysis. In the afternoon, we heard from Micheal Tanner, Senior Fellow at Cato. Mr. Tanner spoke in depth on how the government keeps people poor. Some of the ways the government does this is through its flawed social welfare policy, housing issues and high incarceration rates for non-violent crimes, notably marijuana possession (in the US context). 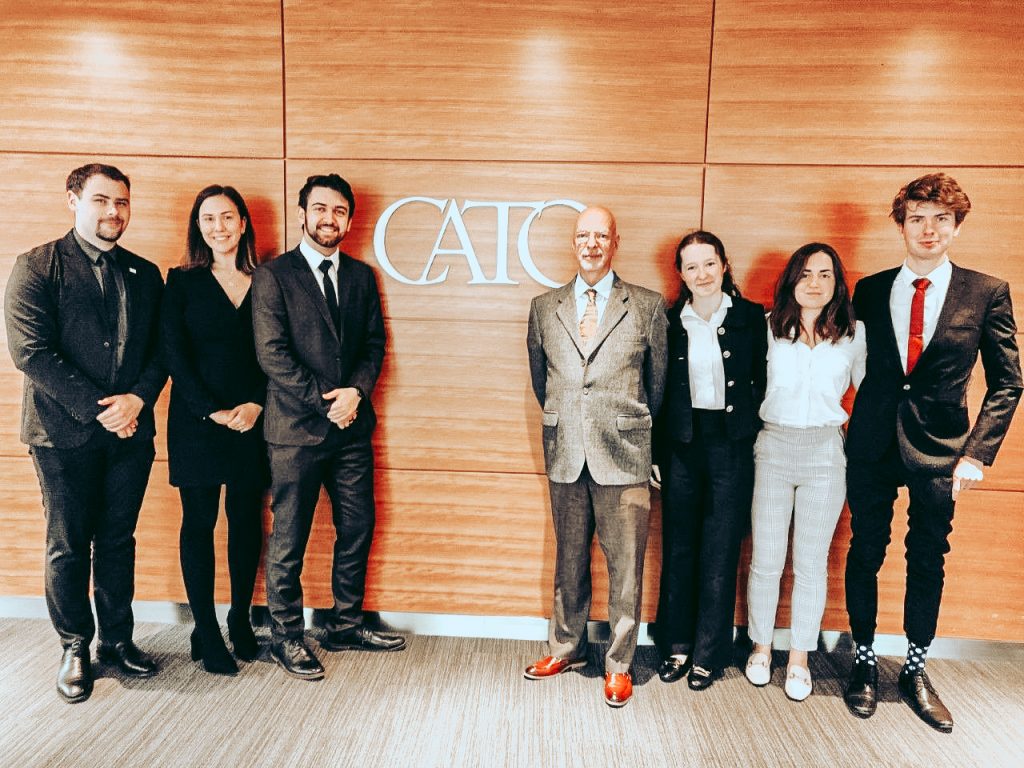 We came back to Cato bright and early Tuesday. The first speaker, Dan Ikenson, Director at Cato for Trade Policy Studies, spoke on International trade and investment policy. Some key areas of his speech were 5G and issues with Huawei, discussion of common US trade ‘myths’ and what is happening to US manufacturing under Trumps presidency. After lunch, our group heard from Chris Preble, VP for Foreign Affairs and Defence Studies. Preble places value on ‘old fashioned diplomacy’, the importance of international trade and trade as a beneficial element of peace. Our last speaker was Jay Schweikert, a policy analyst with the Criminal Justice project at Cato. He explained how the US justice system is very biased against the alleged criminal and how prosecutors and law enforcement are subject to little accountability. We definitely filled our notebooks up over those few days and enjoyed listening to the experts at Cato. 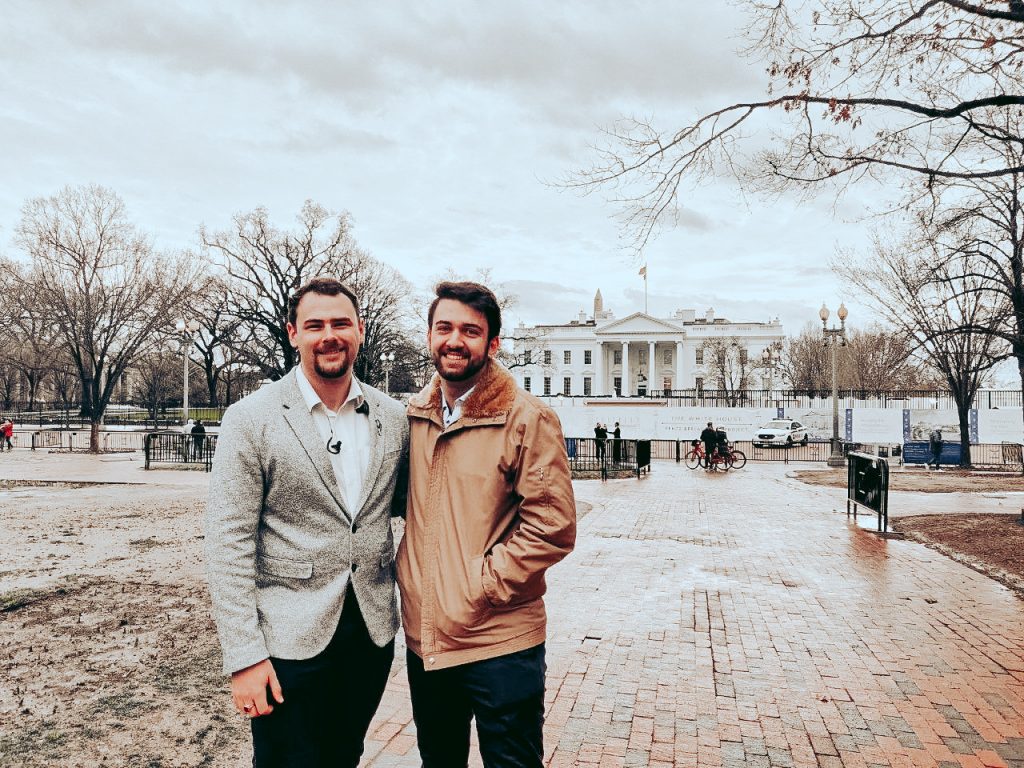 With the weather against us in typical DC fashion, we took an uber to the Americans for Tax Reform meeting. This was a private meeting of several conservative and libertarian thinkers and politicians, where phones and other devices were not allowed in. We heard from the Japanese Embassy, Republican congressmen, members of the US Libertarian Party and many others.

Feeling a little decaffeinated, we dipped into Le Pain Quotidian for a light lunch and a soup-sized coffee. Rejuvenated, we then went to the Young Voices office in North D.C, to learn ‘The Art of the Op-Ed’. Casey Given, the executive director ran us through the basics of writing an Op-Ed, how to build an Op-Ed side-hustle and relevance to other careers that this skill can assist with.

Thursday morning, we were resigned to the uber again as the heavens opened up on us. We drove to the Competitive Enterprise Institute and had a short chat over croissants. We discussed energy policy, the climate change crisis and rent control. Patrick Michels said, “nothing short of carpet bombing destroys a city like rent control”.

In the afternoon, we travelled to the Australian Embassy and spoke with Suz Fisher, an economist working for DFAT.  Finally, we finished the night with a few drinks and some nice sliders at the Astro Beer Hall.

Friday morning, our group travelled south to Arlington to meet with Vale Sloan, Associate Director of Institute Relations at the Atlas Network office. It was very refreshing to hear his Aussie accent, as he came across from Sydney just a few years ago. He gave a brief tour of Atlas, told of us recent projects Atlas is involved in and advised us of internship opportunities.

This week in D.C was very content heavy and kept us on our toes, but we would not have it any other way. For our last week in the states, we are off to the AIER in western Massachusetts. What a way to end the study tour! 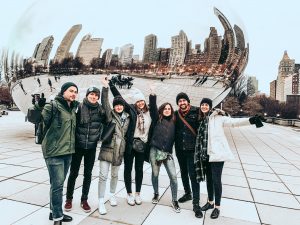 After a four-and-a-half-hour flight and a few delays later we touched down in Chi-town! As we drove through to our 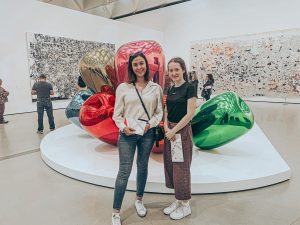 Our alarms were set for 4am for a packed flight from San Francisco to LA. As soon as we touched