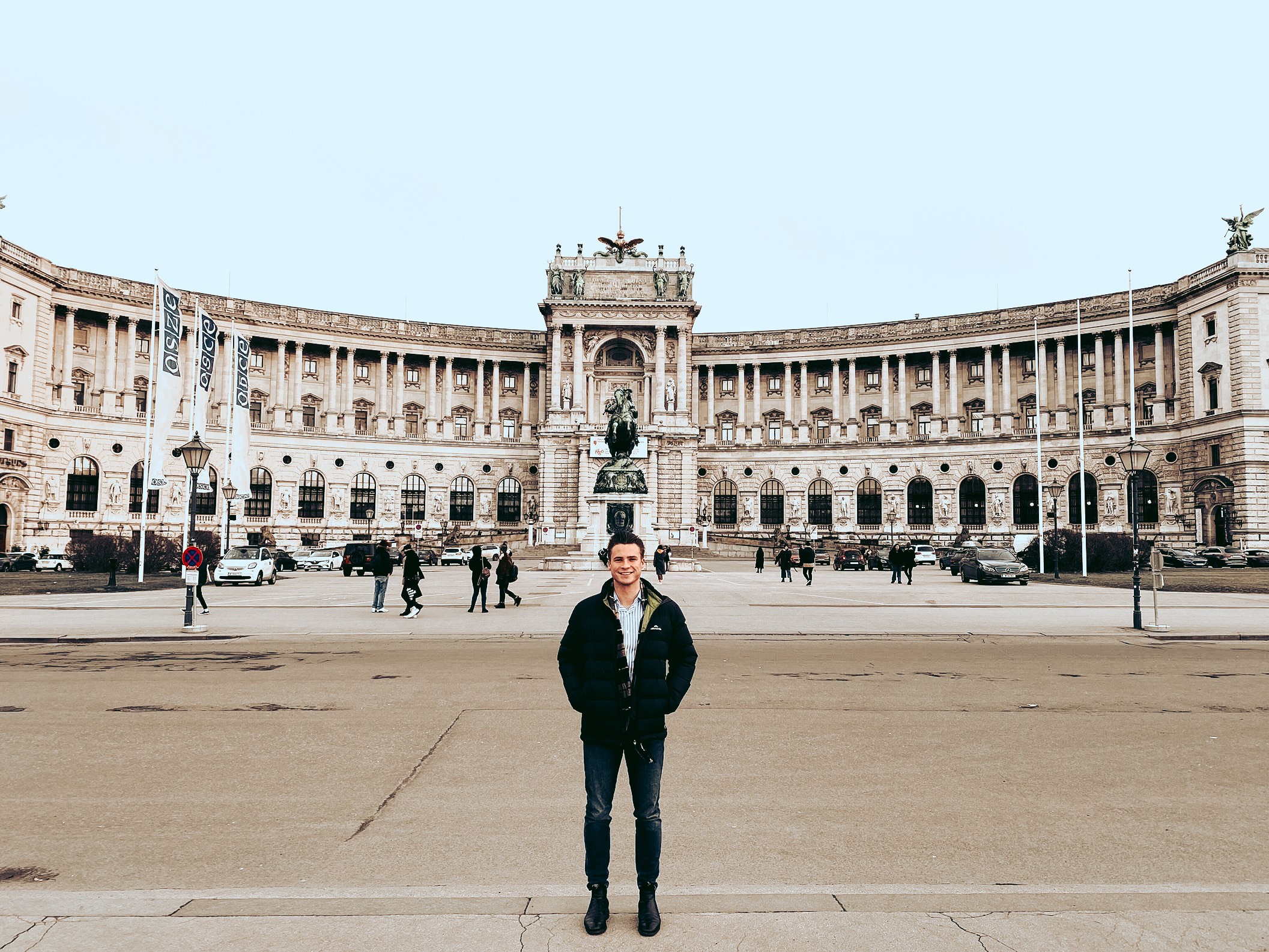 After battling freezing temperatures during our week in Copenhagen, we jetted off to Vienna expecting to be faced with similar conditions. We were pleasantly surprised to hop off the plane and onto the tarmac, greeted with sunny, 18-degree weather.

Sunday was our first day proper in Vienna and the group split up to explore different areas of interest. For some, this meant venturing off to a couple of interesting museums, for others (namely Aleks Gurak), it was a matter of finding the nearest pub in sight. There were plenty of awesome sights to be seen, including Schönbrunn Palace – Vienna’s premiere tourist attraction. Well-fed, we retired to our rooms in preparation for a week-long course learning all about Austrian economics. 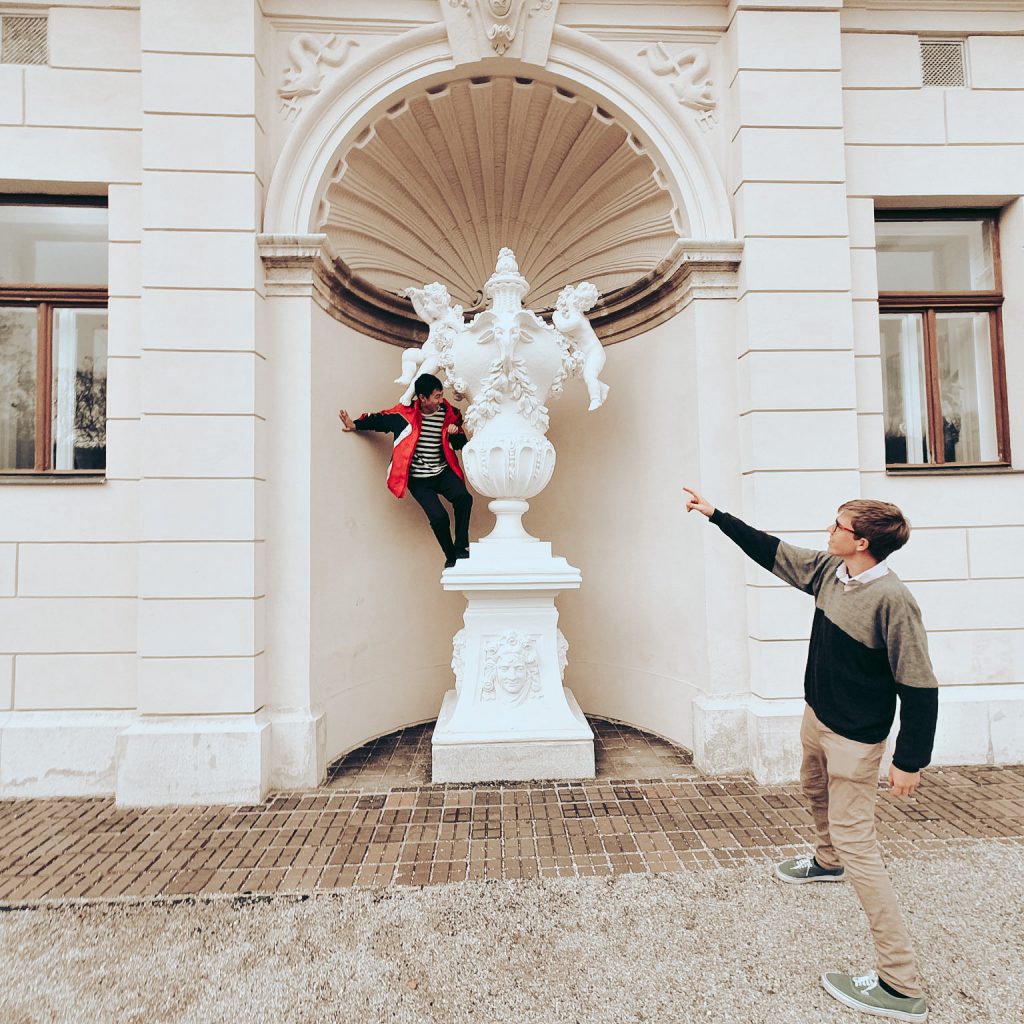 Monday began at the Austrian Economics Centre (AEC). Keeping in line with the theme of the week, Kai Weiss, Research and Outreach Coordinator, gave us a brief but jam-packed overview of the particulars associated with Austrian school of economics. His talk touched on Carl Menger as the father of the school, methodological individualism, subjective theory of value and spontaneous order.

We also heard from Barbara Kolm, Director of the Austrian Economics Center, who spoke on the state of the European economy. Her remarks echoed the sentiment of many respected economists and academics alike in that the European economy is currently treading water and we should be cautious of the ability for current measures to hold. In her parting words she urged us as scholars of Austrian economics to insist on critical analysis in considering expansion of central planning policy. 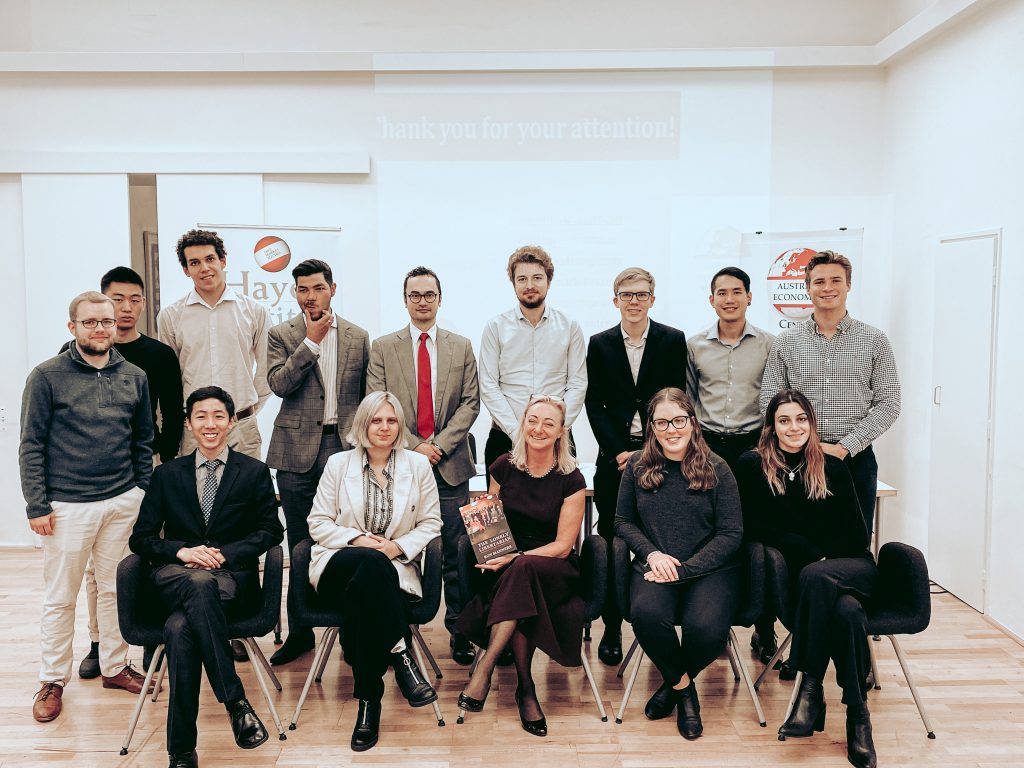 We returned to the AEC the next day to hear from senior fellow Federico Fernandez with regards to socialism in Latin America. Federico highlighted the fact that such a political structure ultimately spawns from a form of leftist populism.

Martin Gundinger, research fellow and self-proclaimed anarchist, gave us a taste of the undue impact of taxation. As libertarians, we all agree taxation isn’t desirable but perhaps Martin summed up the detrimental impact of tax best when he said “it is the price we pay for making society poorer.” Naturally, this line was followed by a rapturous round of applause and certain nods of appreciation.

If our two days at the Austrian Economics Centre were the entrée to the Austrian school, then our experience at Scholarium, founded by Rahim Taghizadegan, proved to be the main course. Proceedings kicked off with a roundtable discussion on the ins and outs of Austrian economics, and the influence of the school on current economic and international events. The talk proved insightful and valuable.

Following a brief but tasty lunch at a nearby bagel café, we returned to Scholarium to meet Thomas, a tour guide who would be showing us Vienna’s most politically, economically and socially critical sights. Unfortunately, the pleasant weather of the weekend had taken a harsh turn. Many of us had left our warming winter gear in our hotel rooms and were left at the mercy of sub-zero temperatures and whipping winds. Despite the worst intentions of the elements, we were still able to greatly appreciate the historical places affixed to Viennese culture. Keeping in line with Mannkal tour tradition, our day ended with a pint at the local pub – although most substituted beer for a hot chocolate or mulled wine! 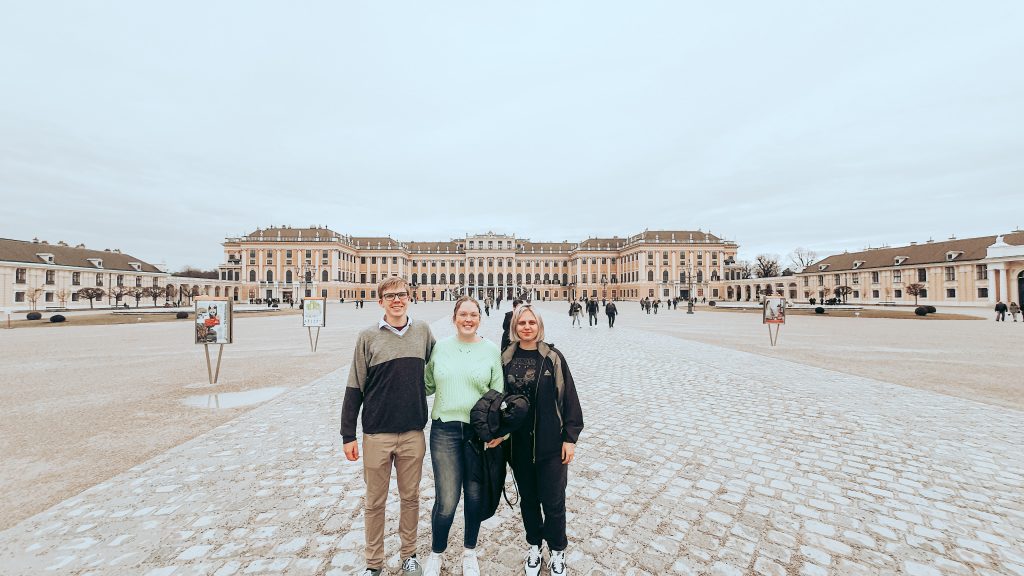 Our second and final day at Scholarium was again broken into two parts. Firstly, we heard from Georg Schabetsberger, who gave a talk on contemporary banking and monetary policy. His words struck a chord with Aleks, Ivan and Jason, all of whom have a study background in finance or economics. Agostina Lorenzeni concluded with a talk on entrepreneurship and clarified differences between Austrian School v Neo-classical liberalism.